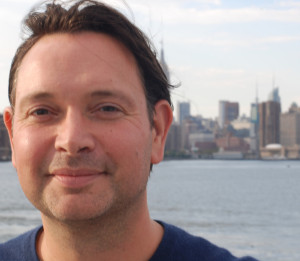 Cirilo Wortel is an agile test consultant and trainer from the Netherlands. He specialises in agile practices and test automation and is an adept at modern requirements techniques, such as Impact Mapping, Specification by Example or Behaviour-Driven Development (BDD).

Cirilo started in IT in 1996 and first got involved in Agile software development in 2006 which was an important landmark in his career. He has been working in an Agile context ever since.

In 2010 Cirilo together with Janet Gregory (co-author of “Agile Testing, A Practical Guide for Testers and Agile Teams”) developed a Master class Agile testing, which he co-facilitated on a yearly basis between 2010 – 2013.

In 2009 Cirilo founded the Federation of Agile Testers (FAT-NL), which is the largest Agile Testing user group in the Netherlands.

With several colleagues at Xebia Cirilo developed Xebium, an open source tool based on FitNesse and Webdriver for the automation of web applications.

Cirilo is a frequent speaker at international conferences.

From early 2007 until august 2014 Cirilo worked as a Agile Test Consultant for Xebia, in this period he worked with only top-end development teams on many prestigious and challenging projects.

From 2012 until august 2014 he was assigned at ING Securities where he was responsible for the test process and test automation during the development of ING’s new securities investment application.

In the period 2011-2012 Cirilo was the agile testing and test automation coach as part of a large scale agile adoption program for Rabobank Nederland.

From 2007-2011 Cirilo was lead tester for the PUB team, part of the prestigious InfoPlus project, building a new publication system for the Dutch Railways. The system provides both the visual and auditive publications for traveller information, on every track of every station in the Netherlands. The development of PUB is said to be one of the most hyper-productive distributed SCRUM projects in history.